Learning to Charge for Your Work: Behind the Scenes of Sara Vieira's $25,000 Ebook Launch

In the tech world, there are often two extremes to how developer time is valued:

We expect to be paid high salaries for our hard-won skills, but we also expect a lot of software and educational materials produced by fellow devs to be free and open source.

It can be hard to decide that at some point, you want to start charging for your work.

I'd say that Sara Vieira is a good example of this. Sara works as a developer on CodeSandbox, and has been contributing to open source for years. She's a prolific maker of projects like the npm Drinking Game and Is there Uber in?, which are all free and open source.

Sara recently launched her first ever paid product: An ebook called The Opinionated Guide to React.

In this interview, Sara shares: 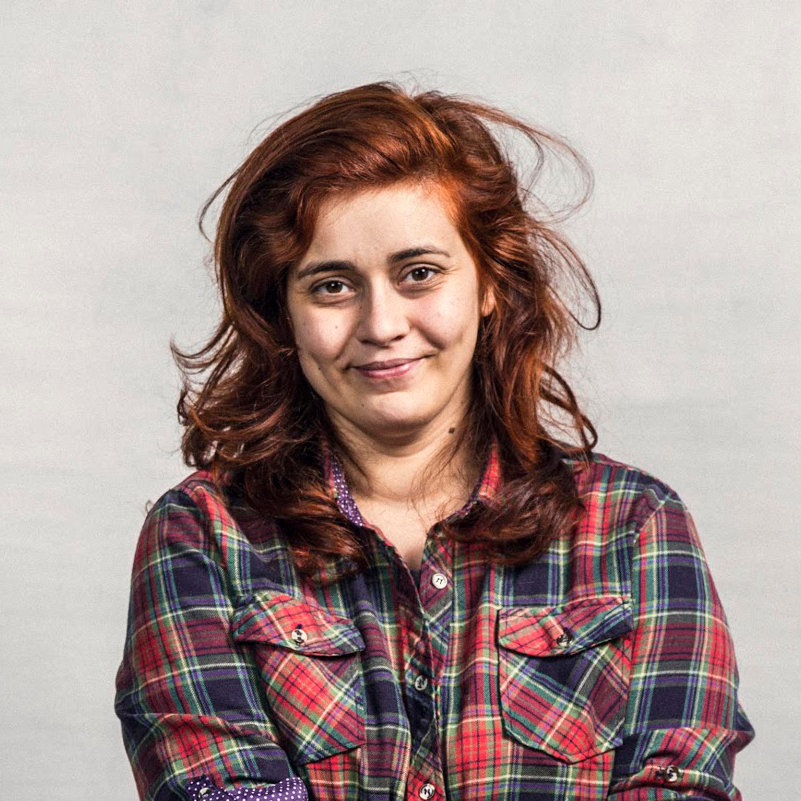 Before we dive in, can you give us a summary of the results from launching The Opinionated Guide to React?

The results have honestly been amazing, way better than I ever anticipated.

In terms of demographics, I would say there isn't a clear country that stands out and I think that's also because of implementing parity purchasing power to make it affordable for everyone.

Most of my sales from what I can see in here also came from Twitter: 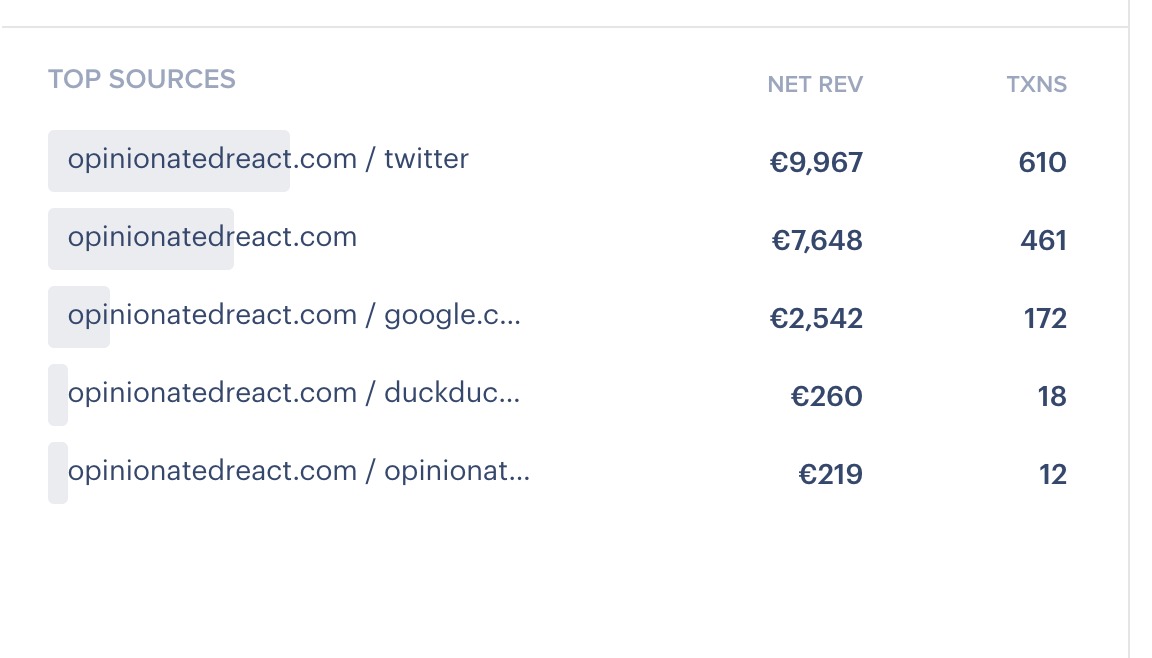 So far the feedback has been pretty good, I got some requests for simple stuff I never thought of since I never used a Kindle like: Please can we have chapters? That makes sense; I just didn't know they were a thing on Kindles, much noob.

I have a super relaxed refund program where you email and ask for one, and so far I've only gotten two requests, and both people gave me really good feedback and told me the book was really good but just not for them.

So, I would say when someone who asks for a refund is nice and gives you good feedback you’re doing something right.

That’s super impressive, Sara! So what motivated you to write an ebook in the first place?

My main motivation to write this book about React was my own struggles in making side projects, knowing what to use with React, and the confusion I felt in some of the hooks.

I know useState, but some of them were just super confusing to me so when I dove deeper into them, I realized that it wasn't me, they are just confusing!

After a while, I decided to share these things with people, I have been doing React stuff for a long while, so if nothing else it would serve my future self to have all these things as a reference.

I decided to go with an ebook mostly to challenge myself to finish something written, since I am not a native English speaker and I am better at speaking English than writing it. 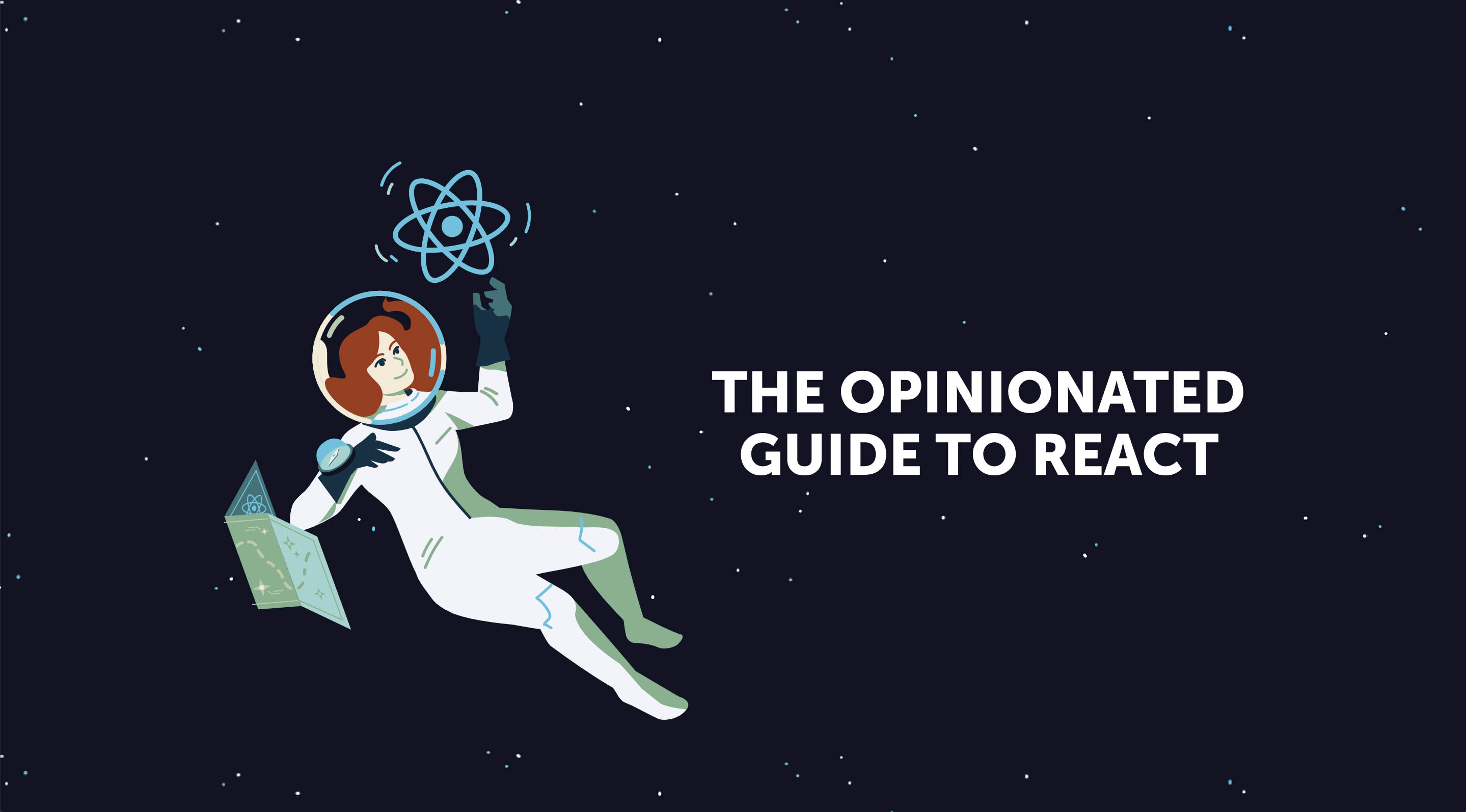 How long did it take you to write the book and what was your writing process?

I started writing this book in December 2019, when I was on Christmas vacation in Portugal with my wife at my mom’s house. From what my wife tells me, I was incredibly bored, and that's why I started it.

I like to think I started writing it on a train since it sounds more European.

I am not a very consistent person, so I have zero clue how many hours I spent on it or how much time per week because by the middle the whole world went to shit, I couldn't focus for the longest time would say it varied a LOT.

I finally published it in August 2020, so in total that makes 8 months.

For writing, I used VS Code and made it all using markdown because I am super used to writing in markdown, so at this point it seemed like the right choice. 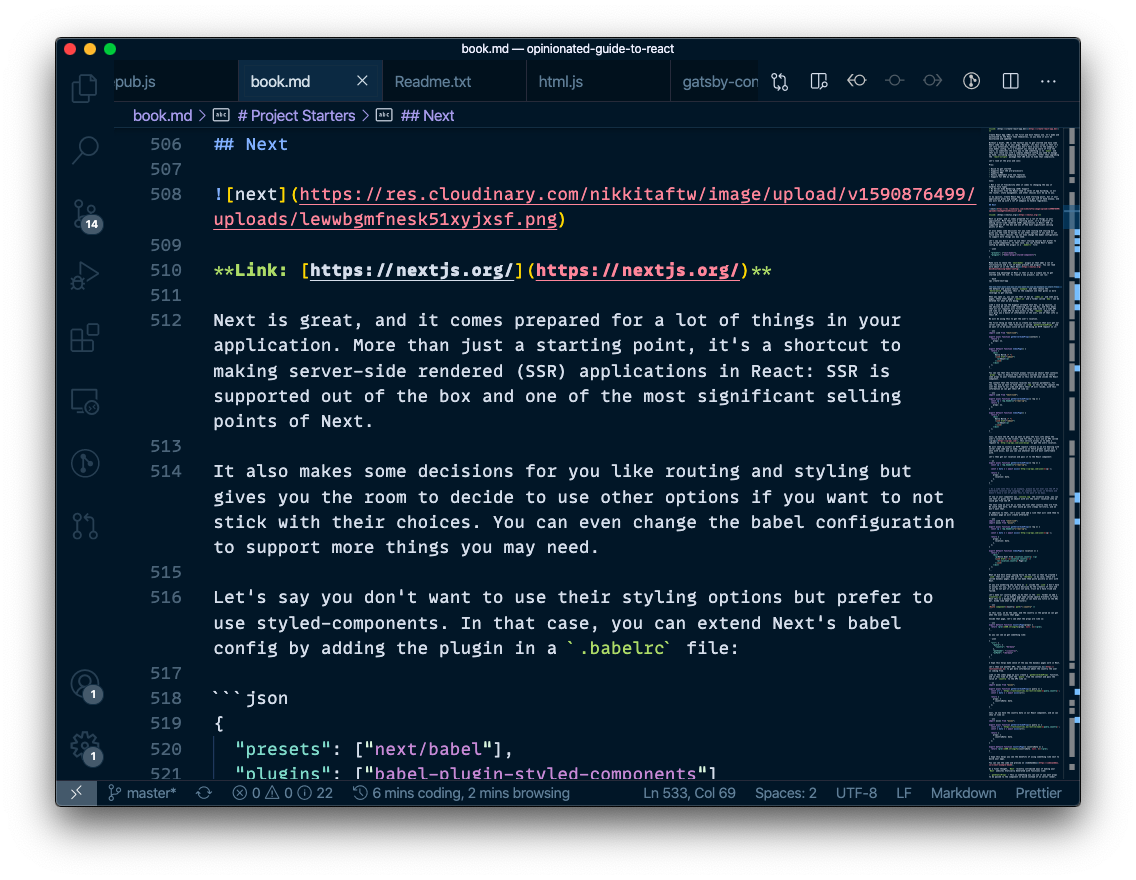 This will create a Gatsby site that then gets screenshotted into PDF pages.

I opened sourced my solution if anyone wants to use it: https://github.com/SaraVieira/gatsby-starter-book

You started out with a pay-what-you-want soft launch, and then a full launch at a fixed price later. Why did you do this?

This was mostly to validate my idea and that people would actually wanted to have me as a teacher.

It also had a side effect of being a bit of learning in public, something I appreciate immensely.

The final book was also updated on the first platform where I published it at a lower price, so right now there are no differences between the two books. When an update is made, I put it in both places.

How much does the book cost now and how did you decide on the price?

I decided to go with $30 including tax but with purchasing power parity so if you come from, for example Brazil, you actually get a 62% discount to offset the cost of living in that country.

The decision to do the top price of $30 was a matter of looking around for books and seeing a price I felt comfortable with.

I have always been someone who made everything open source. Before this book, I had never actually sold anything on the internet. So this part was insanely hard for me, to be honest maybe the hardest part.

Why do you think so many developers find it hard to charge money for their work?

I think it's the commodification of open source. We live in a place where the default is for something you create to be open source, to a point where thinking of not making it open source is "bad".

A lot of us learned from free content on the internet and have this huge sense of obligation to give back, so much so that we don't feel worthy of charging because we ourselves learned for free.

So, will you finally admit that you are an author now?

No, maybe when it’s in paper, maybe not, we will have to wait to find out

How did you promote the ebook and which techniques do you think worked best (and why)?

It was mostly through Twitter and I also sent a newsletter that already had about 400 subscribers.

There is one big thing to take into consideration when talking about my release:

I already had a big following of about 36k people when I released the book so just releasing on Twitter may not work for everyone.

Honestly all my releasing and collecting emails was inspired by Monica and it helped a LOT, it drove like $1k before I had tweeted.

Is there anything you wish you’d done differently with regards to creating your ebook or the way you launched it?

One thing that happened is that I used Spotify prices to calculate discounts for countries.

I did it before the 15th of July and it turns out that on that date, 13 countries in Eastern Europe did not have Spotify. As someone who had been there with Spotify, I never thought about it.

So, what I'd do differently is I would have researched that WAAAY better before releasing, and not assumed that Spotify was in all of Europe.

I also completely underestimated the work and stress it would be to release a book so I did not take a couple of days off work and totally should have, omg please do if you release something.

What’s the number one piece of advice you’d give to someone who wants to launch an ebook for developers?

One thing I will say is get proofreaders. They can be friends, a partner, or anyone you want but get someone to look over your book to make sure your explanations makes sense because so many times I was writing something that made perfect sense to me, but literally to no one else.

My biggest advice is push through, finishing something is not easy, you will lose motivation many times along the way and you will stop. Keep going even when it’s hard because it will pay off.

Lastly, where can people go to follow what you’re up to?

I am very active on Twitter and always check things there so you can follow me at @NikkitaFTW.

(And a little plug from the editor, to check out Sara's book at OpinionatedReact.com)

Did you enjoy learning about how Sara approached writing and launching her ebook? Click here to let her know on Twitter!

Take the FREE 7-Day Blogging for Devs Email Course and learn how to grow your blog without an existing audience (!) through great writing and SEO.